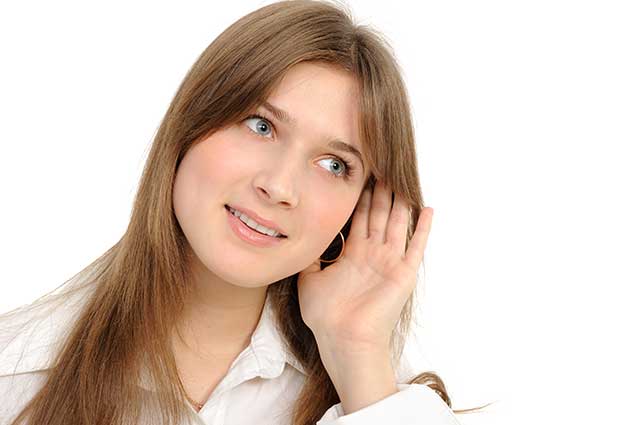 Concealed hearing loss occurs due to damaged neural pathways which disrupts the link between the ears and the brain. In this case your ears would be in perfect working condition but the signals may not be sent effectively to the brain due to the damaged neural cells that have trouble transmitting signals from the ears to the brain.

Traditional hearing tests play various ranges of sounds at different volume and pitch levels aimed at testing your hearing range. Since the ear structures are working properly, these hearing tests do not show any abnormal results since you would still be able to hear just fine in silent test settings.

Problems occur when you are in noisy environmental situations where there are multiple sound inputs from several sources. This requires all your neural cells to be firing constantly which can be problematic if the neural pathways and cells are damaged.

Researchers from Kresge Hearing Research Institute located at the University of Michigan recently published a study in Nature Communications which explores a novel causal factor of hidden hearing loss. Researchers Gabriel Corfas and Guogiang Wan explored myelin cells that protect the neural pathway which helps transport sound signals to the brain from the ears. These myelin cells often sustain damage which hampers the inner workings of the neural pathways. Sound signal transmission gets disrupted due to this damage, which results in hidden hearing loss.

The problem with hidden hearing loss is that it is often under-diagnosed since it is difficult to identify using traditional testing means. This puts people at loss for further inadvertent hearing damage that goes untreated, causing further damage to myelin cells and neural pathways due to continued exposure to loud sound decibels.

Contemporary hearing tests geared towards identifying hidden hearing loss detect the ability to process binaural or across the ear shifts in sound signals. People with hidden hearing loss have a difficult time with binaural processing which is the ability to identify the source of sounds and distinguish between significant speech impulses from peripheral background sounds. This is why binaural tests can successfully identify the presence of hidden hearing loss. It is recommended that binaural tests be utilized for further exploration if regular hearing tests do not show any unusual results to protect the neural pathways from further damage.

Spring is in the air and allergy season is coming, ask your doctor today about our treatment options.

Please do not bring more than 1 person to the office with you.